A Compliance West surge tester that delivers 360J of energy in a damped sinusoidal (Lown) waveform with a load of 50Ω connected to the output. Mimics the output of a well-known defibrillator tester that is the de facto standard used for the medical industry to describe a full defibrillator pulse.

The MegaPulse Code 360 is a defibrillator simulator which provides the output waveform and energy of the HP Codemaster XL, providing a full 360 joule output to an external 50Ω load when the test voltage is set for 5kV.  (The voltage is measured at the bulk capacitor, and the output voltage will be lower.)  The MegaPulse Code 360 is rated for 2M cycles at its maximum duty cycle of 20 seconds between pulses.  The MegaPulse Code 360 allows reliable medical surge testing with a supported, calibrated and serviceable surge tester.  Options include TestMinder Control Software, a Wired Remote Control, and a variety of Breakout Boxes and interlocked Safety Test Enclosures.

This product is designed to be used on Production Lines.  It is equipped with  a safety discharge circuit, which disconnects the outputs from internal voltage immediately and discharges internal hazardous voltages to ground when the E-stop button is pressed.

The MegaPulse Code 360 could be used by the following groups: 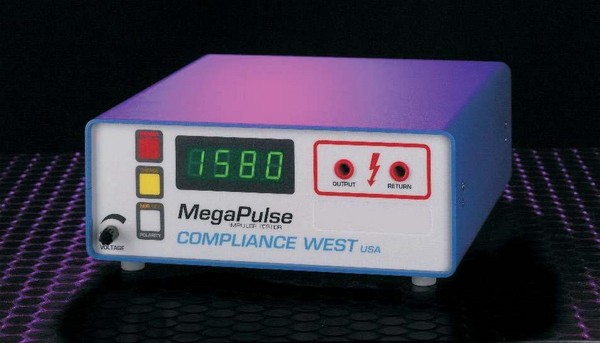 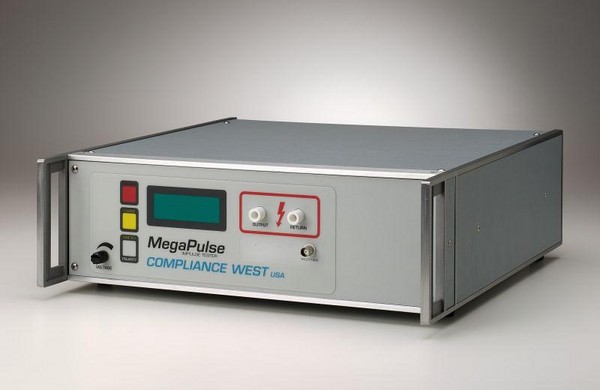 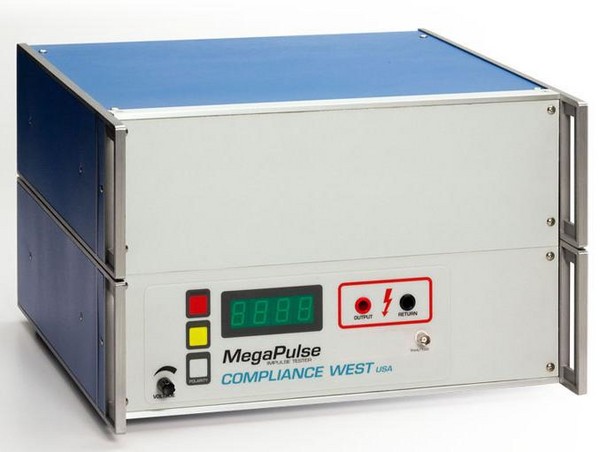 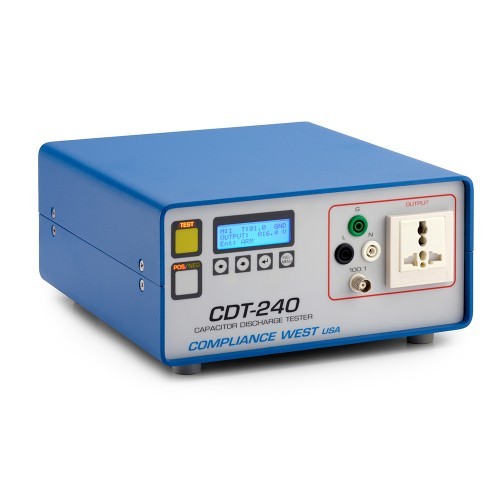